High on the region, company and drinks

For many years, Haus Waldfrieden has been a refuge and breeding ground for creative enjoyment and enjoying creative people. Artists play in front of a unique panorama, develop new projects, Ulli Stein performs his entertaining and informative wine tastings and a loyal audience enjoys exciting events.
Waldfrieden was and is also a place of the lively dispute about right living in the wrong. In addition to the cultural events, seminars and discussion evenings are also offered. At wine tastings, weird Moselle stories and the latest reports from the madhouse of wine bureaucracy reliably provide stunned faces and incredulous cheerfulness.
Often enough words are followed by deeds. The active resistance against administrative disorder is considered a lived custom. The prevention of a nonsensical holiday park on the Moselle is pursued with the same zeal as the sustainable support of the project A school for Bissau.

Survival in the steep slope

The 2000 year old viticulture on the Moselle, characterized above all by the cultivation of Riesling in the steep slate slopes, has already experienced and survived many crises: from dramatic absences due to frost, rain, diseases and pests to glycol scandals and wine floods, from the Kurtrian decrees of 1680 to the storm of the destitute Moselle winegrowers on the tax office in Bernkastel in 1926. 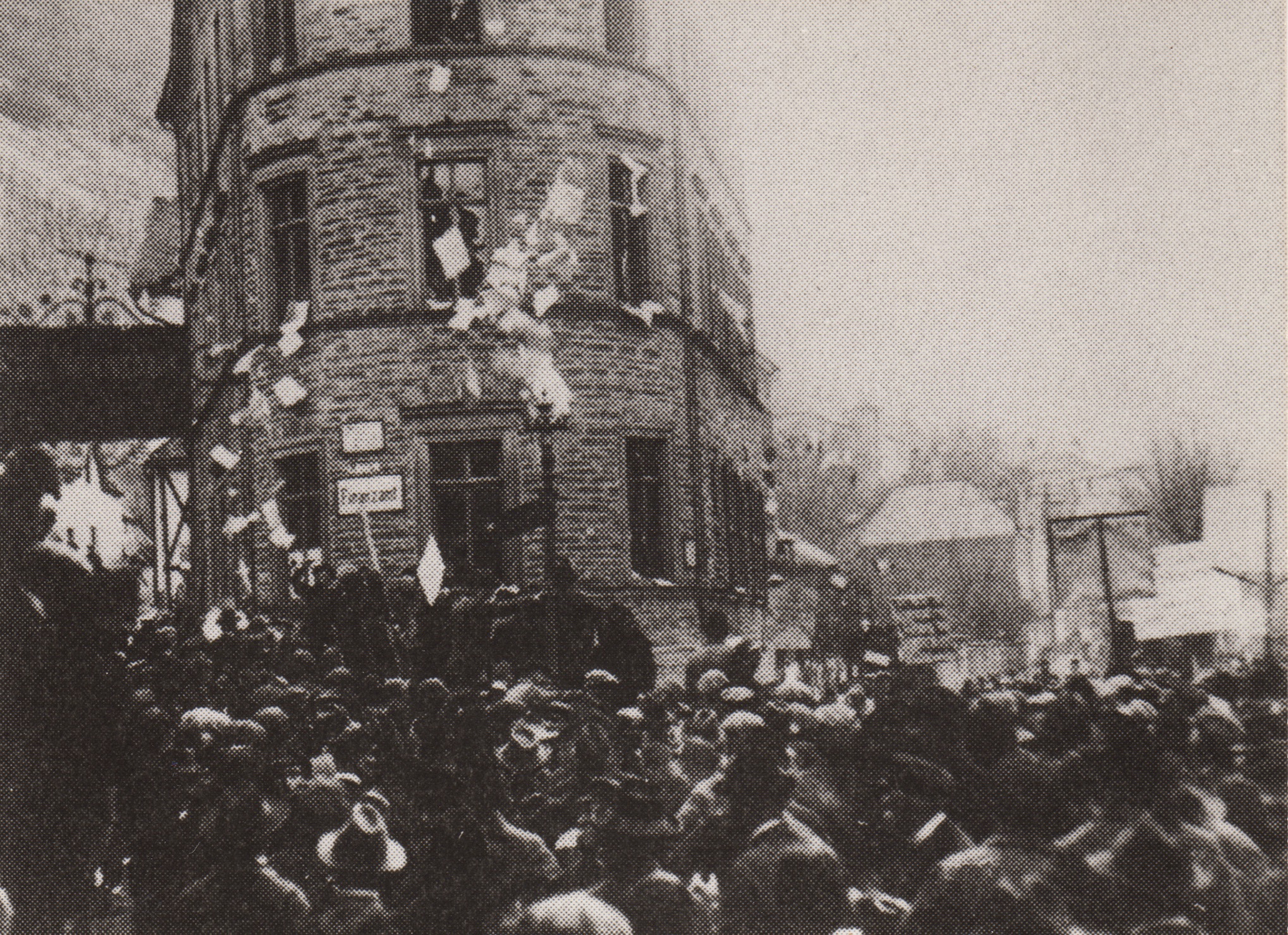 Many small winegrowers, who mostly cultivate the steep slopes as
a sideline and do not produce bottled wines themselves, sell their products as grapes, must or cask wine to larger wineries, cooperatives or cellars. The latter engaged in predatory competition in the 1960s and 1970s, to which almost all small and medium-sized enterprises fell victim. Supported by the partly questionable wine law of 1971, a few large wineries established themselves in the 80s, which paid lower and lower prices, paid less and less attention to quality and ruined the former good reputation of the Moselle through cheap mass wines. Unfortunately, many wineries also adapted to this trend, the rest were taken care of by petty bureaucrats, the often simple-minded wine advertising, a largely unloving gastronomy and the mass tourism that goes with it.
Still, winegrowers (especially barrel wine producers) either give up their businesses completely or withdraw from the labour-intensive steep slopes into flat areas that are easier to cultivate, while other steep slope businesses find no successors at all.
The consequences are visible in many Mosel villages. Instead of vines, thorns grow, centuries-old dry stone walls decay, and the increased risk of rockfall makes it necessary to build expensive trapping fences. Thus an old cultural landscape is increasingly being changed and destroyed.

The thing with the straw wine

For centuries, wineries in Germany produced their straw wine unchecked, until it occurred to the creators of the ill-fated German Wine Law of 1971 that German wine could only be produced from “fresh” grapes. With one stroke of the pen the domestic straw wine was finished. We filed a complaint against this – and after eight years of legal action up to the European Commission in Brussels we were proved right. After the ban under the new wine law, Austrian winegrowers had had the term “straw wine” protected. Since in Brussels only the “production” of straw wine was negotiated, but not the naming (the German minister of viticulture was responsible for this), we registered the “phonetically sufficiently different” Mosel-Franconian dialect expression “Striehween” as a brand name 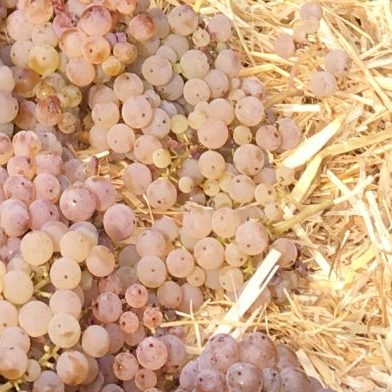 The “Striehween” is the only one of its kind, it looks like straw wine, tastes like straw wine, is made like straw wine, only it must not be called that. Our neighbouring country has the patent on the name, bilateral negotiations on this would probably bring down the entire German wine legislation. Let Bacchus take the lead.

One of the most controversial issues in the whole of German viticulture, but especially on the Moselle, is the introduction of a new classification of sites, which is basically an old one. The advocates of such a project like to refer to historical examples such as the Prussian site classifications of 1832 and 1905 and of course to the famous classifications in Bordeaux and Burgundy. It is often forgotten that the Prussian division of vineyards into 8 tax classes was more for tax collection than for wine quality.
It is also questionable to compare more or less flat sites in France with local steep slopes. We do not believe that it is possible to classify steep slopes in a way that is even remotely objective and scientifically sound. 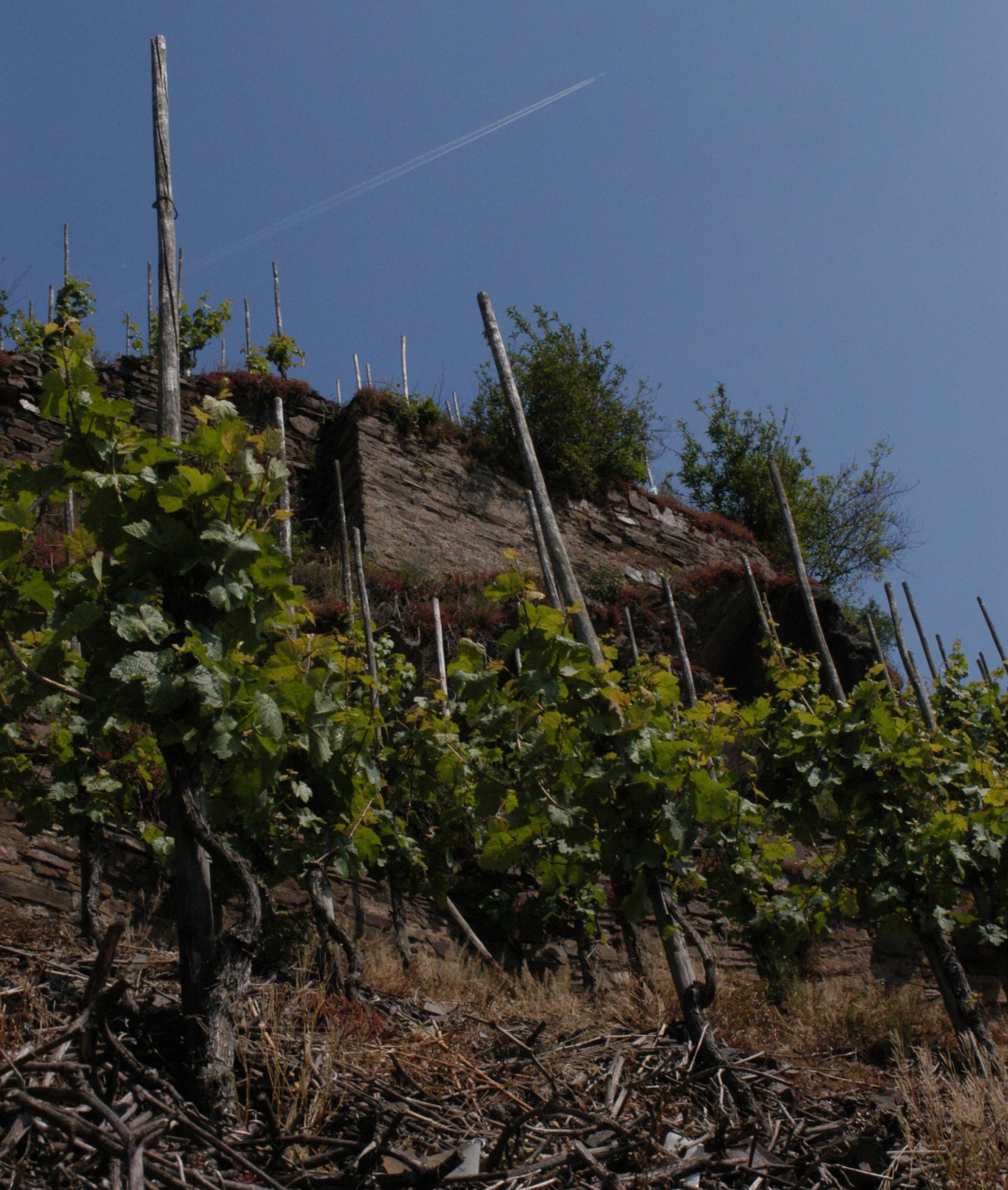 It should be noted that, if the worst comes to the worst, it is not the flat, sloping and steep slopes that should be divided into three quality groups, but the steep slopes would be classified in 1. 2. 3. etc. situation would be classified. According to this logic, top wines with corresponding designations such as Grand Cru or 1st Gewächs could only grow in the first sites. Of course, very good sites are an important prerequisite for very good wines, but that alone is not all: grape variety, soil, harvest quantity, harvest, grape age and finally the grape processing and cellar treatment contribute just as much to the quality of the later wine. The optimum of all these criteria leads to top-quality products – and not just a “noble” origin. Why not like cooking or football? Taste and goals count. Nobody would put the “classified” grazing of a cattle above everything in a restaurant, but besides the obviously good quality of the raw material, they would also praise the cook’s skills in the preparation. Who would want that the affiliation to the first league is not determined by the table but by decree?
In a dry year like 2018, a few downpours of rain may decide which is the 1st division. And wine drinkers should decide which wine they like best.

Red wine on the Moselle

is a familiar picture today, but was prohibited by law under threat of administrative penalties until 1987! Some wineries, including ourselves, no longer wanted to accept this prohibition unopposed and announced that they would, if necessary, take legal action against the red wine cultivation. The serious loss of Mosel tradition and identity was promptly deplored in relevant circles and it was also assumed that red grapes would not ripen on the Mosel anyway. Strangely enough, this feat was achieved by the wineries of the Ahr in the north, as well as by the Romans, who already cultivated red wine on the Moselle. Still in the 19th century, the share of red vines in the total area under cultivation on the Moselle was about 15%. 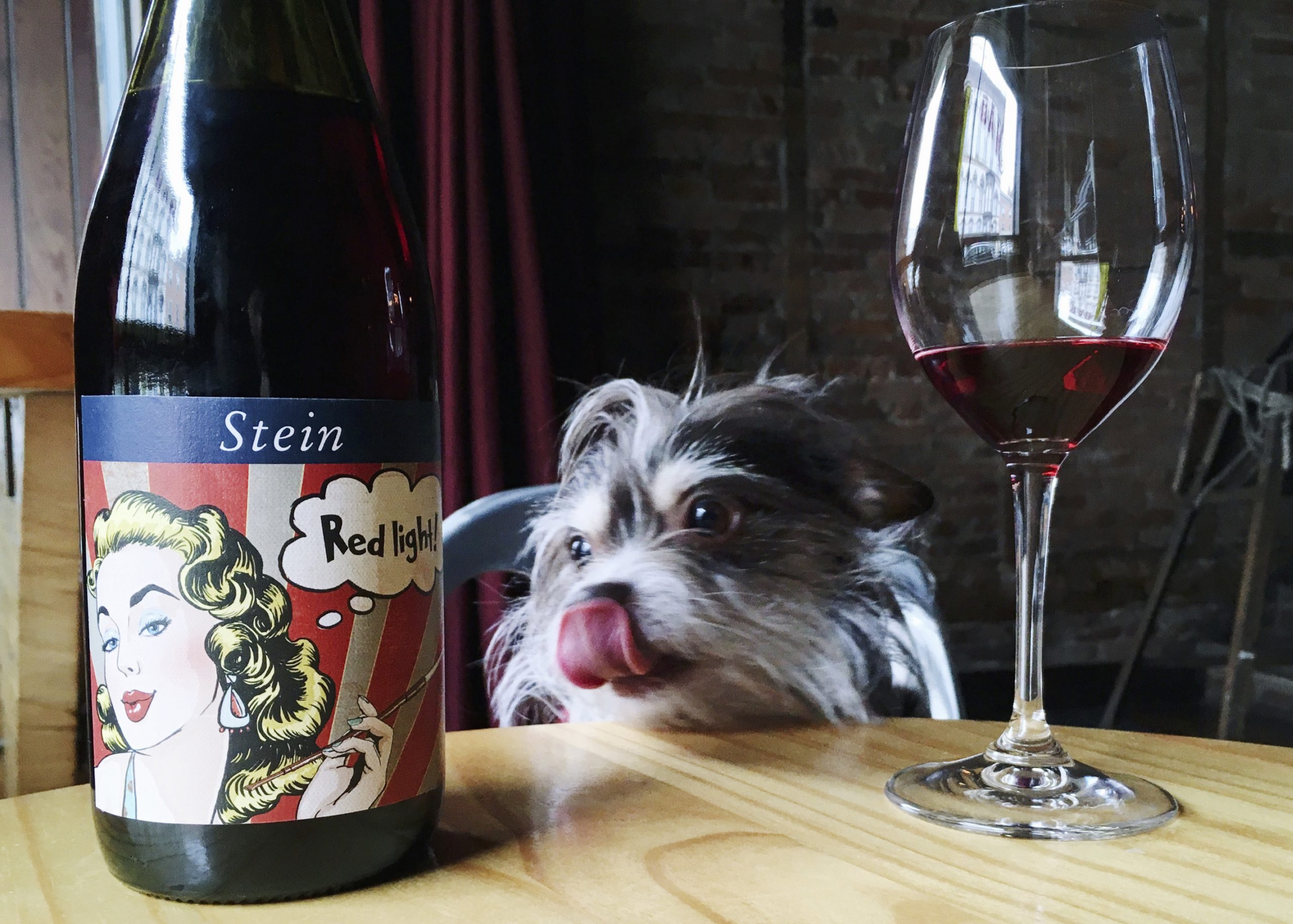 The dispute then brought the whole sad truth to light: the legal ban on producing Moselle red wine was enacted in 1933. At that time Moselle Rieslings were selling at the highest prices worldwide and the Nazis simply needed foreign currency to finance their crimes. The ban on red wine was incorporated into the new version of the viticulture law in 1971! and was only revoked in 1987 under decisive pressure from a number of Moselle winegrowers. 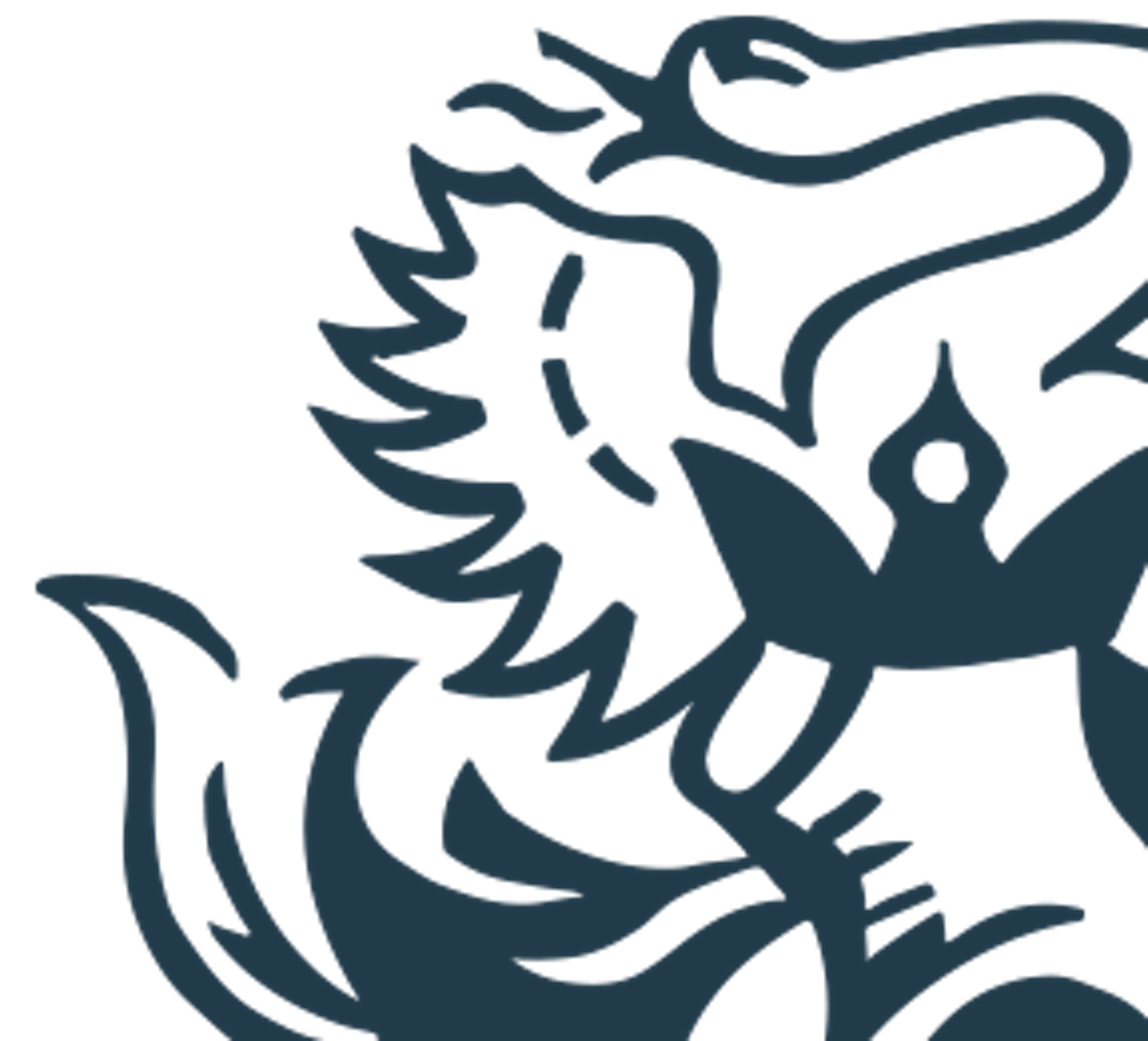